For a long time now, kitchen mixer taps are no longer just a supply of water in the kitchen - they have become sophistically designed, elegant and versatile. Alveus kitchen taps are of various shapes and materials that complement the look of the sink into a beautiful unit. With technological development, kitchen taps became user-friendly that make daily task in the kitchen super easy. 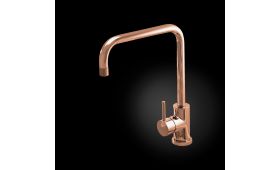 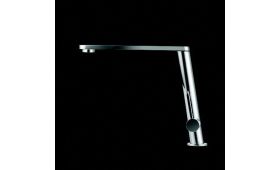 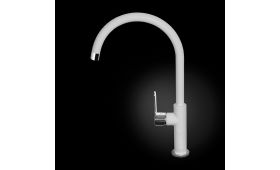 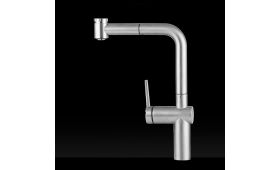 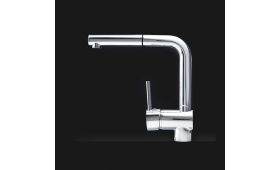 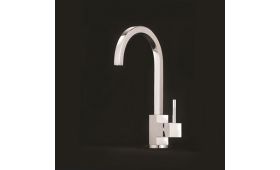 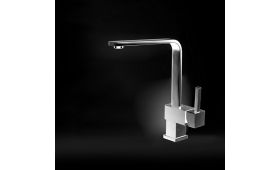 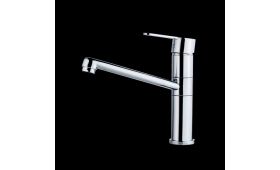 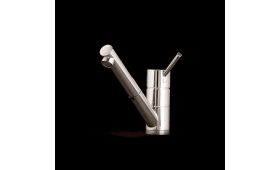 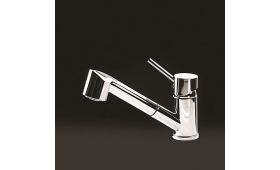 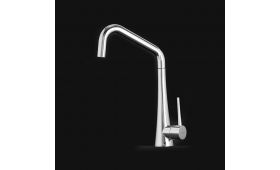 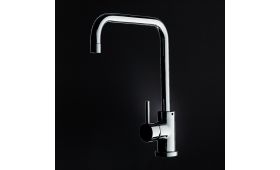 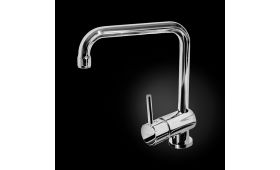 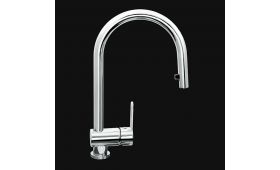 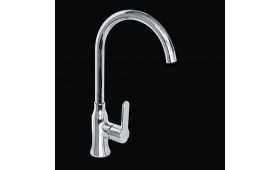 The wet kitchen area - the kitchen sink and mixer tap - are certainly the most used areas in any kitchen.
Therefore, it is imperative for the mixer taps to be practical, easy to use, adaptable to the needs of the user and architectural requirements of the kitchen, while at the same time easy to maintain and clean.
Alveus mixer taps can offer you this and more - sophisticated designs and modern colors that will make your kitchen shine.


● Alveus kitchen mixer taps can be mounted either on a sink or onto a kitchen worktop
● They can be adjusted to the left or right oriented kitchen sink.
● They can operate with water pressure from 0.5 to 8 bar (recommended 1 to 5 bar).
● Several models of mixer taps have a pull-out handle and a shower function, and some taps are completely flexible and are thus adjustable for assembly under a window.
● Alveus mixer taps have two flexible hoses with 3/8" connections for easy and quick installation on a dual (hot-cold) water supply system.
● Mixer taps have ceramic discs and metal handles that ensure reliable and long-term use.
● Several mixer taps are made of stainless steel with SATIN finishing.
● You can choose between classic and modern designs of kitchen mixer taps (low, high, curved or flat shaped) as well as a wide range of color combinations that will satisfy every taste.

CARE AND MAINTENANCE OF KITCHEN TAPS

Kitchen mixer taps of various materials will best be cleaned with a soft cloth and gentle soapy water.
After cleaning, wipe the mixer tap with a soft cloth to maintain the eternal splendor of your mixer taps.
If limescale traces accumulate on the mixer tap, remove it with a 9% vinegar solution and avoid abrasive agents (granule cleaners) or bleach, as well as rough cloths or sponges and steel wool for cleaning.

HOW TO CHOOSE THE MOST APPROPRIATE KITCHEN MIXER TAP?

When choosing a mixer tap, customers are most often concerned about three factors:
- quality and integrity of materials,
- tap functionality,
- choice of tap colors and shapes.

Alveus is certainly a manufacturer of premium kitchen mixer taps that chooses only the health-friendly materials of all built-in mixer tap parts and thus meets all the health standards prescribed by the Institute of Public Health.
This means that all mixer tap parts, especially those that come in contact with water, are medically impeccable.
In addition to the quality of the materials, Alveus is also known for its diverse selection of materials, among which you can choose your kitchen mixer tap:

The functionality of kitchen taps

Regarding the functionality of the mixer tap, the clients are particularly interested how practical the kitchen tap actually is.
If big pots are being washed, it should be taken into consideration that the kitchen mixer tap should be easily moved and not be in its way.

In the Alveus offer you can find:
● state-of-the-art mixer taps which are also suitable for more demanding assembly, for example under a window, that are fully moved when the window should be opened,
● modern high kitchen taps which give a free way to a manual washing of large dishes in the sink,
● classic kitchen taps for eternally modern appearance, and of course there are also
● pull-out and shower mixer taps which are ever more often found also in households due to their general practicality.

A wide choice of colors and designs

When we talk about choosing the design of a kitchen mixer tap, we focus on our kitchen needs.
The choice of the kitchen tap design goes hand in hand with its functionality.
When we decided upon the function of a kitchen tap, we only yet need to define its design - rounded or sharp and straight lines?

You can also choose your favorite surface finish of the kitchen mixer tap which is usually the most fun part in the selection process.

On the Alveus website, you can narrow your selection to your favorite kitchen taps by simply selecting desired characteristics.

When choosing the color of the kitchen mixer tap, you should pay attention to the overall kitchen design; whether the mixer tap will match your kitchen sink or an entire kitchen look, or will it be a focal point of the kitchen.
With color shades of natural tones, such as arctic, terra, carbon, cream, beige, anthracite, pearl, pebble, twilight, concrete, you will surely add freshness into your kitchen, no matter if your kitchen design is in a rustic, Scandinavian or minimalistic.
For fans of the everlasting classic, there is a vast choice of designs with a chrome finish or ever made of stainless steel.
Attention, Alveus offers also something for a more daring taste - the elegant, yet colorfully striking mixer taps of the Monarch collection in gold, bronze, copper and last but not least anthracite shade, which is currently trending in the kitchen design.